Is Investing in Little Caesars Pizza Franchise Good for Your Profit Margin?

If you're a pizza lover, you've probably heard of Little Caesars. It's one of the most popular pizza chains in the West, particularly in the United States. The demand for pizza is very high that the number of people who are interested to buy a franchise is increasing. 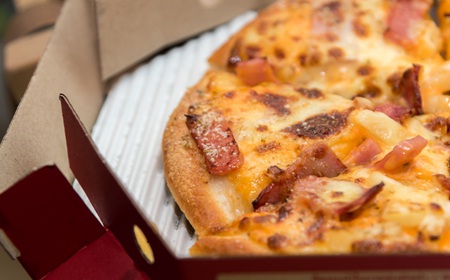 If you've earned enough income or savings from work, one of the many things you can do with your money is to use it for a business venture to earn more. What better way to do so than to do business around something that you love, that is, buying a franchise of Little Caesars! The thing is, while franchising does seem to be an attractive option, will it necessarily work for you?

It may help to get to know more about Little Caesars before considering investing in a franchise. Interestingly, the pizza chain actually began in 1959, courtesy of minor league baseball player Mike Ilitch and his wife Maria. Their first store opened in a strip mall in Garden City, Detroit, and was almost called Pizza Treat. In fact, they originally called it "Little Caesars Pizza Treat." Today, this popular pizza chain is actually the third largest in the United States, but just because it's third doesn't mean it's a pushover. In fact, in 2017, the chain actually had $3.7 billion in sales in the United States alone. Little Caesars is known for their "Hot-N-Ready" pizza that doesn't need ordering; DEEP! DEEP! Dish Pizza; and even bacon-wrapped deep dish pizza. Hungry yet?

Little Caesars Pizza Franchise: Will This Increase Your Profit Margin?

Franchising is a popular model and offers a convenient way for newbies to start a business. However, don't just go off buying franchises left and right just because you can. The reality is not all franchises immediately become successful. Analyzing franchiseknowhow.com costs and reviewing other sources can be of great assistance before making the decision to buy a franchise.

With Little Caesars, you already know that their pizza is good and the demand is high.

Here are some perks of investing in a Little Caesars franchise:

The Takeaway: The Right Franchise Can Lead to Good Increase