Learn How DB9 Connectors Has Evolved Since its Inception

The first computers were huge and mainly used the command line interface. In order to perform the smallest tasks, you had to type them out using the keyboard. And the idea of the keyboard also came from the typewriter. These keyboards were connected to the computers via a cable.

The DB9 connector is the smallest of the D sub type of connector. It has 9 pins for the male connector and 9 holes for the female port. 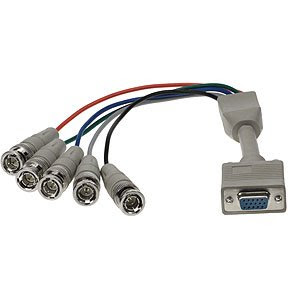 It is a connector that is very popular when it comes to connecting with serial peripherals like mouse, keyboard, etc. to a computer. In the days of a wired computer setup, the db9 cable was perhaps the most used computer cable.

Apart from essential accessories, the db9 cable attached mono printers, joysticks or even another computer. The 9-pin connector and cable were the industry standard. Anyone making computer accessories could build in the dp9 port for easy connection. If everyone already has your cable, it smoothens the buying decision of that product. So no matter what brand you were, you could make an accessory with the db9 connector and be sure that it would connect to all computers. Or if you were a computer manufacturer, any accessory with this port would connect to your computer.

This was, until of course, the USB standard replaced it. We have gone from all of these ports to a multifunction, multi-use USB-C now.

Other use cases for DB9 Connectors & Cables:

As far as computer cables are concerned, this one was perhaps legendary not too long ago. Whenever technology updates, it demands that we don’t look back and makes the older tech obsolete. Younger people born in the last decade will not be tripping over wires, but they will have to struggle to connect multiple devices to each other over Bluetooth, or setup a coherent workflow of routines in their smart homes.

However, before this, if you were good at cable management, you could simply plug things into the device you wanted to use it with, and it would simply work (without tripping)! This is also where the term ‘plug and play’ comes from. And because the main device, like a computer couldn’t do anything as a standalone device, it was full of ports for us to configure in any accessory we wanted, from any brand. 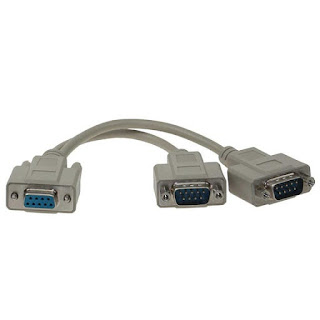 It made the computer a very customizable device. You could have an office setup with your favourite keyboard, mouse, printer and scanner. But you could also have a fun gaming setup by removing the printer and scanner to just add in a joystick. Handheld games became popular much after computer gaming and huge video games took off.

Db9 is a legendary connector in computer history. However, the technology industry has moved on to much smaller, more versatile ports, if not wireless and Bluetooth technology. The most common use of this connector was for keyboards and mice.

The Future of Computer Cables:

When it comes to computer cables and connectors, the USB cables are becoming a standard which has been here for a while. Most accessories are moving to USB-C because it can do both, data transfer and power another device. It is a natural move for devices that want to be portable, and need to have fast charging.

Technology updates every day, and industry standards are set every day. We are looking for smaller, more powerful devices and aiming to cut the cord completely, but that doesn’t mean we don’t remember our first experiences with a computer on a great mechanical keyboard.

A brief history of the DB9 computer cable and how the industry has moved forward. Read on about how most people had their first interaction with a computer via a mechanical keyboard all because of this connector!

If you found this article post useful, here are some other articles posts that may be of interest.

Types of Computer Cables You Must Know About

How to Choose Best Adapters and Connectors for your Computer